There are so many girls and women who have made the first step in aviation. Even though the world’s first licensed female pilote, the french Raymonde de Laroche dates over 100 years now, most female pilots needed to overcome social obstacle, gender prejudice and aviation policy restrictions.

Even today, only just over 5% of worldwide airline pilots are women, – being with 13% surprisingly India! (see Forbes).

Maybe the percentage will be more equal when Willow is finally in the age of becoming a real pilot. But without the courageous Role Models liek Amelia Erhart, that wouldn’t be possible.

So, lets have a look at some of these brave women who put their foot in this typical “male domain”. 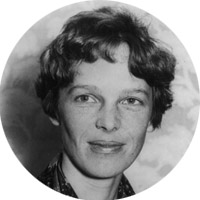 “Amelia Earhart was an American aviator who set many flying records and championed the advancement of women in aviation. She became the first woman to fly solo across the Atlantic Ocean, and the first person ever to fly solo from Hawaii to the U.S. mainland. During a flight to circumnavigate the globe, Earhart disappeared somewhere over the Pacific in July 1937. Her plane wreckage was never found, and she was officially declared lost at sea. Her disappearance remains one of the greatest unsolved mysteries of the twentieth century.”

1882-1919, first woman in the world to receive an aeroplane pilot’s licence 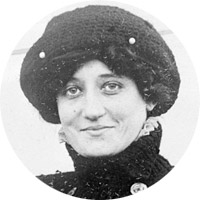 ”On 8 March 1910, de Laroche became the first woman in the world to receive a pilot licence when the Aero-Club of France issued her licence #36 of the Fédération Aéronautique International (International Aeronautics Federation or F.A.I.).
De Laroche participated in aviation meetings at Heliopolis in Egypt as well as Saint Petersburg, Budapest and Rouen. During the show in St. Petersburg, she was personally congratulated by Tsar Nicholas II. There, she was presented once again as “Baroness” de Laroche. Thereafter, the title became commonly used.

In July 1910, de Laroche was participating in the week-long airshow at Reims in France. On 8 July, her aeroplane crashed, and she suffered such severe injuries that her recovery was in doubt, but two years later, she was fit again and had returned to flying. On 26 September 1912, she and Charles Voisin were involved in a car crash. Voisin was killed, and she was severely injured.

On 25 November 1913 de Laroche won the Aero-Club of France’s Femina Cup for a non-stop long-distance flight of over 4 hours duration.

During World War I, as flying was considered too dangerous for women, she served as a military driver, chauffeuring officers from the rear zones to the front under fire. 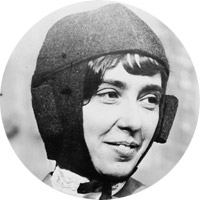 “On 19 April 1910 she reputedly became the first woman pilot to fly with a passenger. On 25 November 1910 Dutrieu became the fourth woman in the world, and the first Belgian woman, licensed as an aeroplane pilot, receiving Aéro-Club de Belgique (Aero Club of Belgium) licence #27. Her appearances at air shows earned her the nickname the “Girl Hawk”.“

“She was the first woman pilot to stay airborne for more than an hour and on 21 December 1910 she became the first winner of the Coupe Femina (Femina Cup) for a non-stop flight of 167 km in 2 hours 35 minutes. In 1911 she regained the Coupe Femina temporarily with a flight of 254 km in 2 hours 58 minutes but that year’s cup was eventually won by Marie Marvingt. In September 1911 Dutrieu travelled to the United States with her Farman III biplane. She competed for the women’s altitude record and the Rodman-Wanamaker trophy, subsequently won by Matilde Moisant, at the Nassau Boulevard airfield meeting in Garden City, New York. In the same year Dutrieu beat 14 male pilots to win the Coppa del Re (King’s Cup) in Florence, Italy. In 1912 she reputedly became the first woman to pilot a seaplane. Later the same year she won a prize in competition against four other seaplane pilots, including Réne Caudron, at Ouchy-Lausanne, Switzerland. In 1913 Dutrieu became the first woman aviator awarded membership of the Légion d’honneur (French Legion of Honour).”

“Tomboy of the Air” 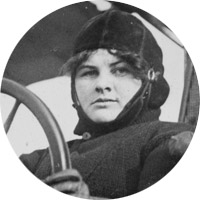 “Scott subsequently became a professional pilot. On October 24, 1910, she made her debut as a member of the Curtiss exhibition team at an air meet in Fort Wayne, Indiana. She was the first woman to fly at a public event in America. Her exhibition flying earned her the nickname “Tomboy of the Air”. She became an accomplished stuntpilot known for flying upside down and performing “death dives”, diving from an altitude of 4000 feet and suddenly pulling up only 200 feet from the ground. In 1911 she became the first woman in America to fly long distance when she flew 60 miles non-stop from Mineola, New York. In 1912 Scott contracted to fly for Glenn Martin and became the first female test pilot when she flew Martin prototypes before the final blueprints for the aircraft had been made. In 1913 she joined the Ward exhibition team. She retired from flying in 1916 because she was bothered by the public’s interest in air crashes and an aviation industry which allowed no opportunity for women to become mechanics or engineers.” 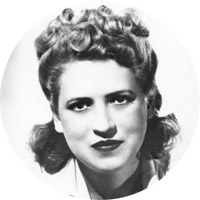 “Known by her friends as “Jackie”, and maintaining the Cochran name, she was one of three women to compete in the MacRobertson Air Race in 1934. In 1937, she was the only woman to compete in the Bendix race and worked with Amelia Earhart to open the race to women. That year, she also set a new women’s national speed record. By 1938, she was considered the best female pilot in the United States. She had won the Bendix and set a new transcontinental speed record as well as altitude records. Cochran was the first woman to fly a bomber across the Atlantic. She won five Harmon Trophies. Sometimes called the “Speed Queen”, at the time of her death, no other pilot held more speed, distance, or altitude records in aviation history than Cochran.” 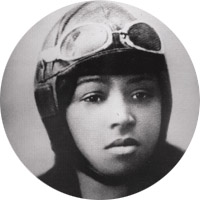 “Queen Bess,” as she was known, was a highly popular draw for the next five years. Invited to important events and often interviewed by newspapers, she was admired by both blacks and whites. She primarily flew Curtiss JN-4 “Jenny” biplanes and other aircraft which had been army surplus aircraft left over from the war. She made her first appearance in an American airshow on September 3, 1922, at an event honoring veterans of the all-black 369th Infantry Regiment of World War I. Held at Curtiss Field on Long Island near New York City and sponsored by her friend Abbott and the Chicago Defender newspaper, the show billed Coleman as “the world’s greatest woman flier” and featured aerial displays by eight other American ace pilots, and a jump by black parachutist Hubert Julian. Six weeks later she returned to Chicago to deliver a stunning demonstration of daredevil maneuvers—including figure eights, loops, and near-ground dips to a large and enthusiastic crowd at the Checkerboard Airdrome.

Coleman would not live long enough to establish a school for young black aviators but her pioneering achievements served as an inspiration for a generation of African-American men and women.“

1895-1975, first woman to fly over the Andes between Chile and Argentina 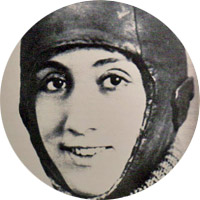 Adrienne Bolland, born Boland, (25 November 1895 – 18 March 1975) was a French test pilot and the first woman to fly over the Andes between Chile and Argentina. She was later described as “France’s most accomplished female aviator”, setting a woman’s record for loops done in an hour. The French government eventually recognized her with the Legion of Honor and other awards. Since her death, she has been commemorated with a postage stamp.

Born into a large family outside Paris, she became a pilot in her twenties to pay off gambling debts. An early crossing of the English Channel led René Caudron, her employer, to send her to South America to demonstrate his planes, where she made her Andes crossing, assisted, she later said, by a tip relayed to her from a medium. Later in her life she became involved in leftist political causes, and eventually became part of the French Resistance.”